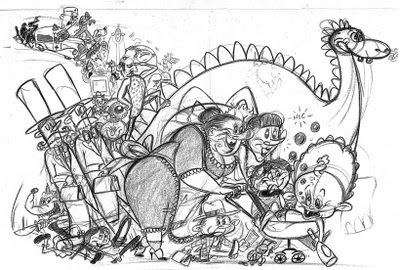 It's that time again... Kafre Teatre TIME!, but this time I have decided to try some new stuff out... The drawing above is the sketch for the poster.
So... I read in Brian Romero's Blog about inking in Adobe Illustrator, and I thought that that was kind of interesting, then John K said something about getting a job cleaning Jim Smith drawings, which I reackon are awsome!! hehehe.... so I gave it a go but because I'm a bit of computer neanderthal I cleaned them up using a pencil and a light box... yeah!?, I had a look at the people that John K was talking about and I noticed that they all had used Illustrator as well, so I thought let's give this a go, so my brother in law who's a bit of computer junky, brought me a copy of illustrator and a kind guy that I know that is a computer graphics illustrator, gave me his pen tablet thing which he didn't need, so I've been playing around with it a bit, first I did some Flash animation stuff with the pen... and now I'm having a go at inking with illustrator... I think it's looking pretty good... but it's bloody time consuming and this sitting infront of the coputer all day is driving me a bit out of my mind! 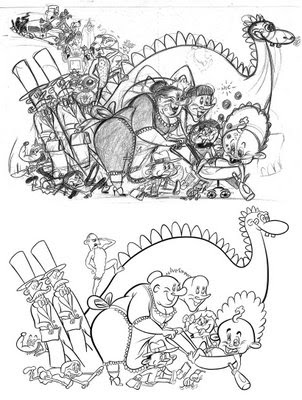 Hope you like it, I like how it's looking but like everything now a days, computer's give you the possiblity to be too much of a perfectionist and that kind of bores me, but hey it's good to learn things. 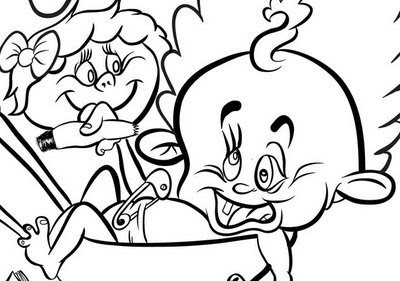 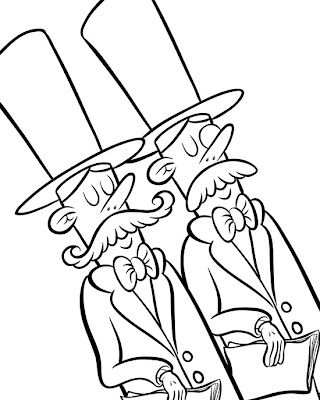 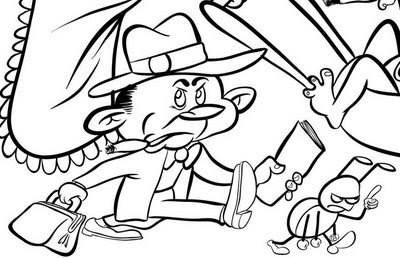