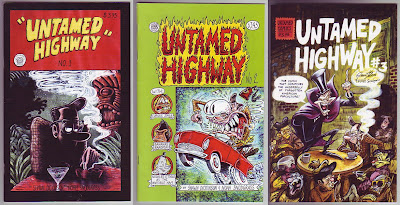 Today I'm posting about something very special, which probably some of you know about and some of you don't..... Untamed Highway!!!!! the best comic series I have read in years!!! It's creators are Shawn Dickinson and Noah Snodgrass. They also put it out themselves, that is gold! 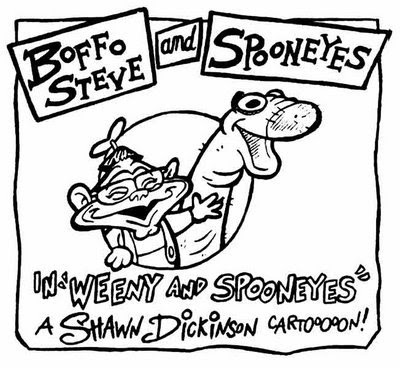 I am not much of a comics encyclopedia/historian but I know what I like, and reading Untamed Highway I can see a lot of influences from a lot of places, from Don Martin to Tex Avery,passing through the 50's EC comic Panic, they stop off and visit the underground comix of the 60's with R.crumb, and Gilbert Shelton, Robert Williams, and then back again to E.C Segar (creator Popeye), Untamed Highway has it all!! it also reminds me of the daily strips of Mandrake and Dick Tracy, the list goes on and on... While reading this I thought to myself "what kind of education must these men have had, what excesses or deficiencies must they have suffered in their childhoods to produce such a great/ f***ed up comic!!!???", will we ever know? someone needs to interview these men!! 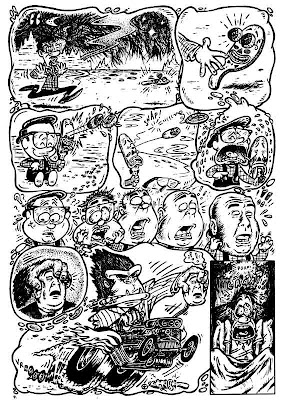 Now, as you can see the drawings are absolutely great!! What I think makes this comic series stand out from all the rest of modern comic dribble is that it's actually drawn by hand and inked with real ink!!!! there is no illustrator or photoshop here, no cheesy shading either!!! and you can tell they probably wrote the story out by hand on a peice of paper!! how else? 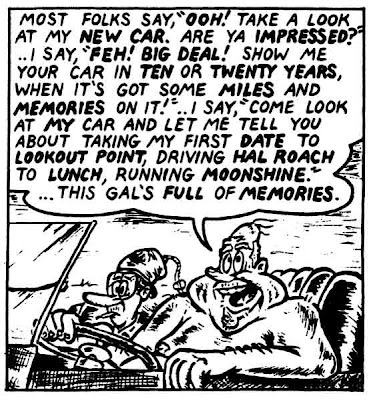 I try to imagine these guys' hands and the actual pages these guys work on and they are not those of an office clerk with no calases or cuts but of a mechanics hands with wood splinters from their pencils and their hands are probably full of paper cuts, the pages are stained with motor oil, tomatoe sauce (ketchup), french fries, beer, cigarettes, indian ink, blood and sweat!!!! there is passion here!!! real LIFE! 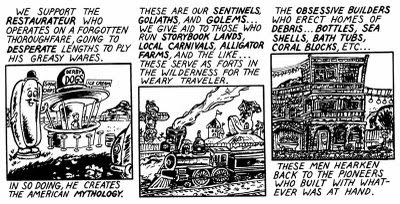 The theme and story take you through all that Americana and popular culture we are missing so much today!!! Untamed Highway is described as "The comic That Scratches The Underbelly Of Forgotten American Culture" and it's a true and fair description. 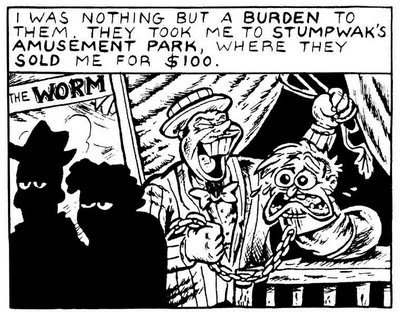 All the characters are great and they are not just Good or Bad, but their intentions and actions dictate how you feel about them , each character has a strong enough personality so that they feel alive, they have motives and reasons for being how they are. 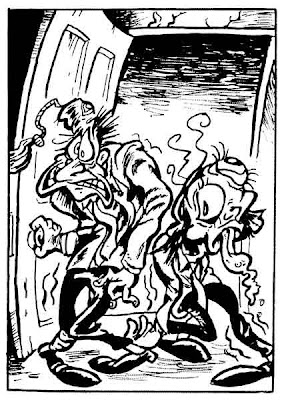 There is heaps of Slapstick humour too...which I love!!! and again not much of it around these days, seems like everybody has something important to say!!?!! 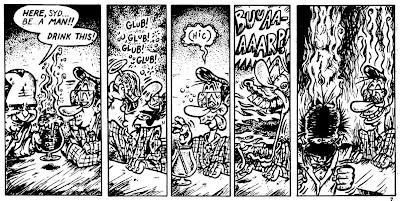 The story is fast paced and rolls, it is not just one gag after another for no reason... the story flows! keeps moving and keeps things interesting. 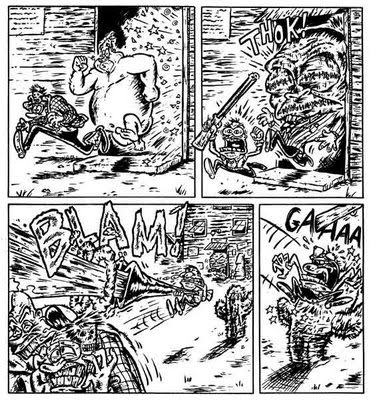 What I think is genius about Untamed Highway is how the dialogue suits the character's perfectly and when it's time for action it's like silent old animation, the story is told in pictures, like real comics should! these two things combined makes Untamed Highway the great comic series it is!! 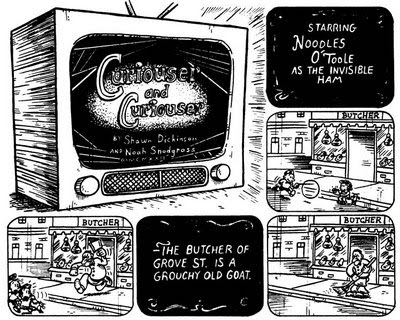 I have just finished #3 and I am left wanting more!!! so I hope Shawn and Noah have their pencils out and scribbling!! They told me they are working on #4.... Can't wait!!! 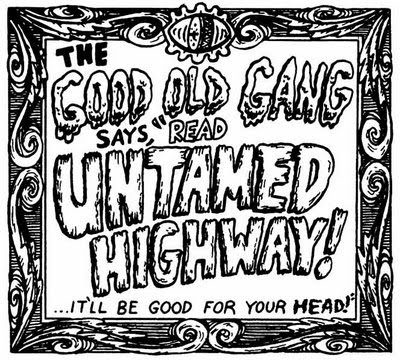 If you live in the North Pole or Australia like me or Europe or anywhere in Asia, United States, South America or your local comic store only has those boring modern comics that just winge and whine about how their mommy didn't lend them their car or something, you need not cry no more just by going to http://www.untamedhighway.com/ you'll be able to order your copy!!! I bought mine with my paypal acount for only $3.50 (American dollars) and in no time I was opening a cold beer and laying back in the sun and taking a ride down the Untamed Highway!!!! 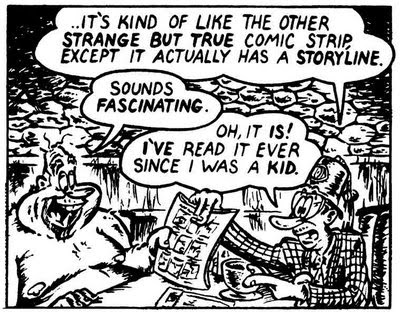 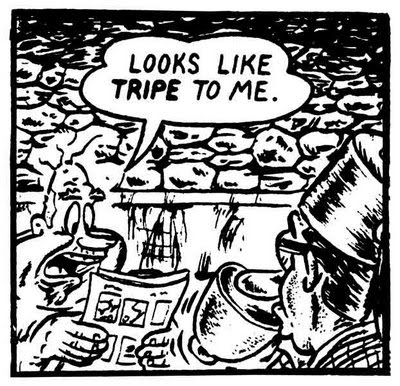 You won't regret it!
Email ThisBlogThis!Share to TwitterShare to FacebookShare to Pinterest 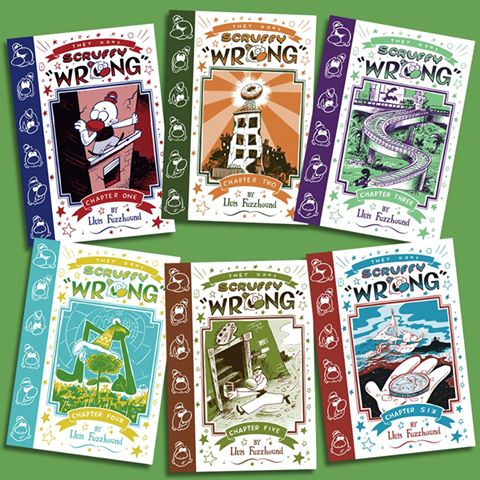 They Done Scruffy Wrong plus more