Last week I was all busy finishing a centrespread for Car Kulture Deluxe Magazine... I don't know in what issue it will appear in... so keep an eye out for it. Thanks to Anna Marco for diggin my art and chasing me up! I dug doing this car so much I'm working on some T-shirt designs for Kustom Lane...They'll have the craziest old school cars with the beastiest of engines you could imagine!!! I'll let you know when they are ready... 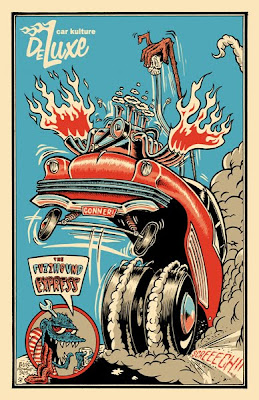 I've also been working on a Wrong Turn T-shirt that they'll have ready for their album launch in October... so go down there and enjoy their two peice wild rock 'n' roll!!! 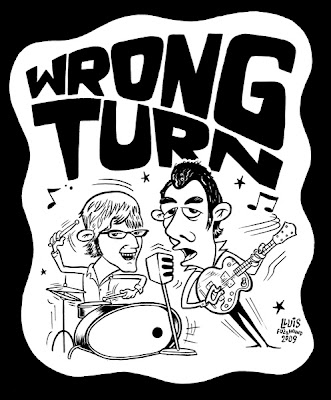 Ahhhh.. I almost forgot, I also drew up these two warner bros. cartoon characters from the episodes Hyde and Hare & Hair-Raising Hare for Dante to get Tattooed... they were fun to do! 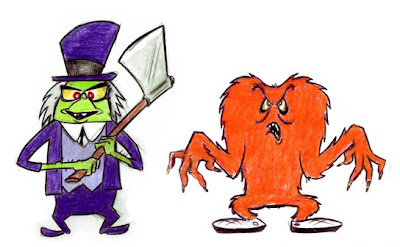